I-93 Corridor, Salem to Manchester, NH 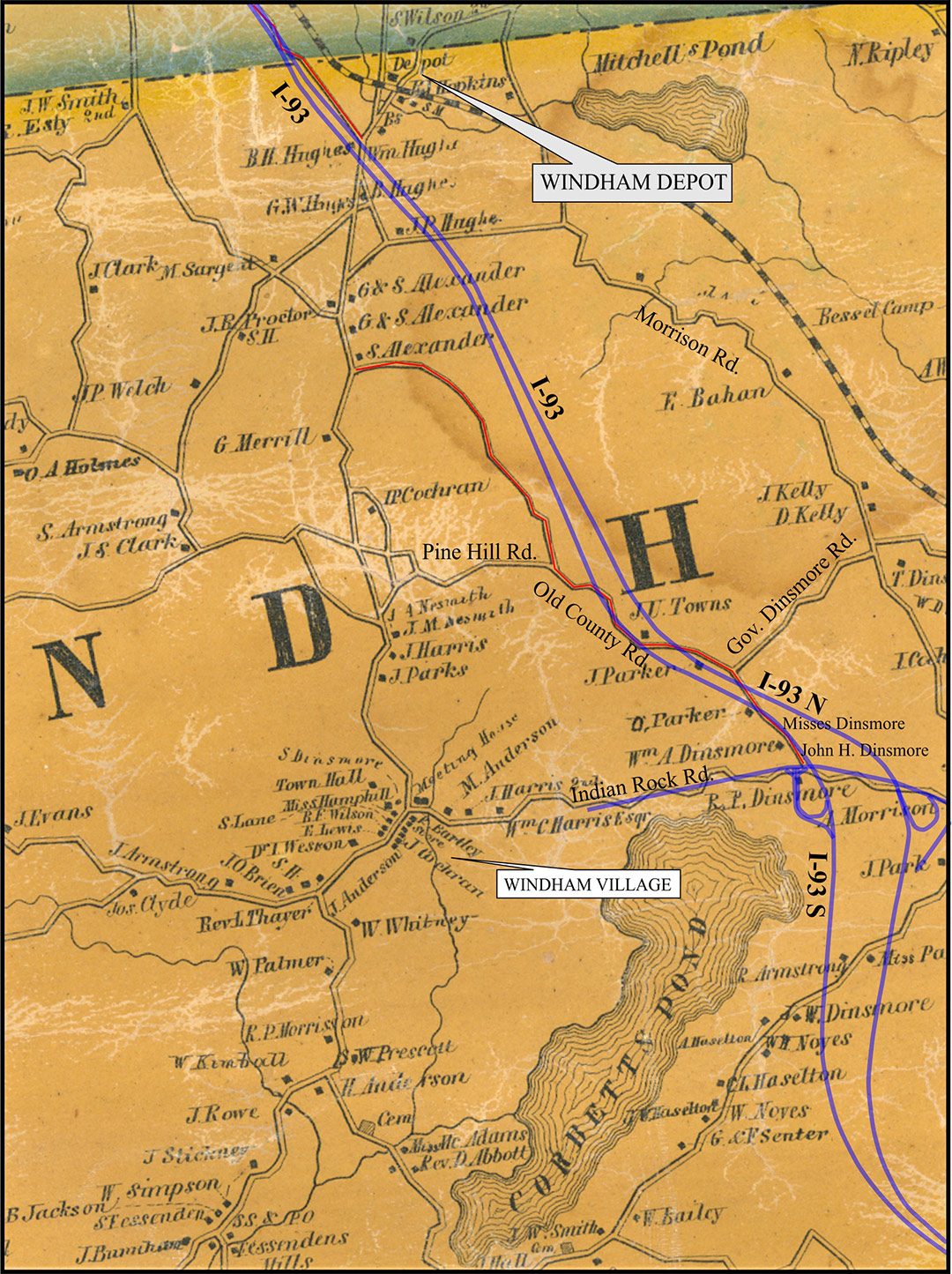 SHOWN ABOVE: Old County Road and I-93 corridor on 1857 map of Windham.

Between 2006 and 2008, IAC conducted Phase II Determination of Eligibility (DOE) studies at nine Euroamerican sites along the I-93 corridor from the Massachusetts/New Hampshire state line to Manchester, a distance of 20 miles through the towns of Salem, Windham, Derry, Londonderry and into Manchester, NH. The sites include four 19th-century homesteads in Windham, three farmsteads in Londonderry, a quarry site in Salem, and a sawmill site in Manchester.   These sites were not inventoried as resources in the early 1960s when the highway construction took place, however the present highway widening project has provided archaeologists the opportunity to conduct post hoc research. Among the resources consulted were the original (1960s) survey maps compiled for the highway.  These plans contain a great level of detail that show “foundations,” “ruins,” or “cellars.”  Where existing houses stood, surveyors drew their footprints and locations in relation to the I-93 right-of-way.  Some of these houses were taken or demolished, as the highway was built over them, but still others were razed at the edge of the highway corridor. Five generations of Dinsmores owned land along or adjacent to the “Old County Road,” an integral part of a connected system of rural roadways linking village centers, and later, railroad depots. IAC studied several of these homesteads and farmsteads located within the right-of-way margins, not wholly or only partially affected by the 1960s construction. These sites include the three neighboring properties of John H. Dinsmore, William A. Dinsmore, and the Misses Dinsmore along the west side of Old County Road, where IAC documented cellarholes and foundations. Inhabitants of these properties were not simply neighbors, but cousins and siblings in an extensive Dinsmore family network.