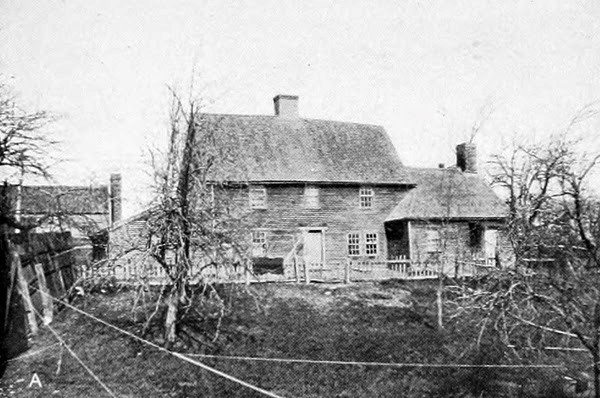 The Jackson House in Portsmouth, New Hampshire, is the oldest timber-framed house in the state, perched high on the side of hill that slopes down to the Piscataqua River.  Not surprisingly, the 352-year-old house suffers from humidity problems, which Historic New England is attempting to rectify with a complex of drains, dry wells, level spreaders, and grading soil away from the perimeter of the house.

In July-August 2015, IAC excavated 28 excavation units of various sizes, for a total horizontal coverage of 9.5 m2 to sample areas proposed for grading to accommodate better drainage at the historic dwelling.  The archaeological effort resulted in the recovery of 12,363 artifacts – making the Jackson House one the richest sites upon which IAC archaeologists have ever worked. Archaeologists collected a high quantity of artifacts from the 1600s and 1700s a mere 15 cm (six inches!) below ground surface in Test Unit 2, just outside the main door.  Here, IAC exposed an early trench coming out of the Jackson House basement, presumably to provide drainage.  When the drainage trench failed, residents of the Jackson House filled it with materials dating to the last decade of the 1600s, including German Bellarmine and Westerwald, English brown stoneware, North Devon gravel-tempered redware, buff-colored coarse earthenware with combed decoration, Chinese porcelain and tin-glazed earthenware (“delft”) decorated in a style that can be identified as Portuguese.

The ceramic wares are consistent with the final decades of the life Richard Jackson, who built the house in 1664 and died by 1718.  The range of ceramics attests to the consumer behavior of Richard Jackson, who indulged in the purchase of English, Chinese, and German wares.  Vessel forms ranged from stoneware jugs, delft platters, and porcelain teawares.  The presence of teawares and clay pipe bowls and stem fragments from the early 1700s is an indication of the wealth of Richard Jackson and the first two generations succeeding him. These wares also included tin-glazed earthenware sherds that matched image of portions of c. 1660 tin-glazed earthenware plate with rabbit motif.