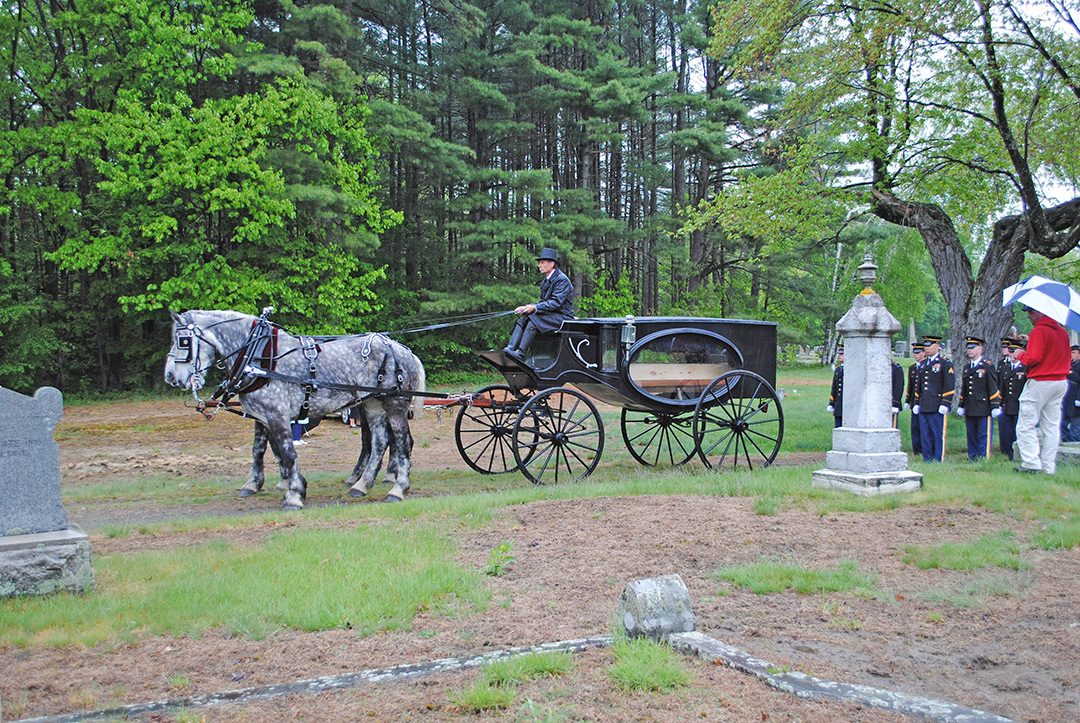 In 2009, IAC recovered the remains of 11 individuals from a small 19th-century family burial ground associated with the Legro-Leighton family. The New Hampshire Department of Transportation (NHDOT) sought to relocate the burials as part of a highway improvement project on the Spaulding Turnpike (NH Route 16) in Rochester, New Hampshire. Over the course of years, the family burial ground remained in a small copse of pine trees within the area circumscribed by the Exit 15 off-ramp. In the early 2000s, the NHDOT redesigned Interchange 15 to accommodate modern travel needs. The new interchange required the removal of the Legro-Leighton family burial ground.

Upon completion, IAC recovered the remains of 11 individuals whose interments span 1832 and 1871, as well as a myriad of coffin hardware related items. The subsequent forensic analysis of the remains, coupled with background research identified the individuals as three generations of the Legro and Leighton families, including the Civil War Chaplin Rev. Elihu H. Legro who died on New Years Day, 1863 in Washington, D C.   Joanna and David Legro likely established the small family in 1832, after the death of their three-month-old daughter Maria Jane Legro or perhaps after the death of the unidentified infant interred in Grave 5. The couple selected a sandy knoll on along the Cocheco River to establish the plot, which eventually became the final resting place for eleven members of the Legro and Leighton families.

Excavations at the Legro Family Burial Ground resulted in the recovery of 1,740 artifacts, including a large assemblage of funerary hardware including five glass viewing plates, small brass cap lifters, hook & eye latches, three sets of simple broad butt hinges and an array of elaborate ornate items, ranging from gold painted diamond shaped escutcheon plates to floral patterned stationary bail coffin handles. Analysis of the funerary hardware provided insight into 19th-century burial practices in southern New Hampshire.  For example, a viewing glass plate in the original coffin of Maria Jane Legro, who died in 1832, may be one of the earliest dated examples encountered in New Hampshire.

In May 2010, IAC completed the reinterment process, and the Rev. Legro was buried with full military honors along with his wife and son, his parents, his sister, nieces and nephews at the municipal Rochester Cemetery. The procession gathered on the Rochester Common to escort the Rev. Elihu H. Legro in an 1870 horse-drawn hearse to the cemetery.   The procession included the 6th NH Fife and Drum Corp, the 6th NH Volunteer Infantry, the NH National Guard Military Honor Guard, a riderless horse, members of the NH Governor’s Horse Guard, the 1st NH Cavalry, the 5th NH Volunteer Infantry, and several members of the public.  Pastor Murray Nickerson of the South Tamworth United Methodist Church where Rev. Elihu H. Legro held his last ministerial post, was the graveside officiate and gave a moving eulogy that included excerpts from a church record kept by the Rev. Legro while at Tamworth.